Nolan Huber
Growing Up In the Multi-Cultural Country of India
“India is the cradle of the human race, the birthplace of human speech, the mother of history, the grandmother of legend, and the great grandmother of tradition. Our most valuable and most instructive materials in the history of man are treasured up in India only.”- Mark Twain When I read this I wondered how much […]

Isha Negi
Going Abroad to Solve the Issues Back Home
*True author of the post chooses to remain anonymous* As a child, I was always fascinated by the world around me. The way people interacted with one another. The way leaves crunched on the street under my rain boots. The way people’s eyes got red and puffy when they laughed so hard they cried. My […] 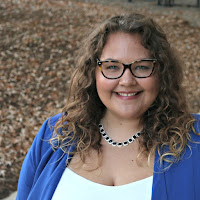 Allie Hughes
Contradiction and Change
The world is constantly changing, especially the world we call home in the United States. Our economy, political views, social views, business ideas, and individual beliefs are influenced by change, and more importantly those who initiate it. The rest of the world surrounding us is influenced by its own change. Therefore, change is not the same for […]

Chris Campbell
From Miami to Jamaica to Georgia
A lot of perks come with understanding and being one with your family heritage. Those perks include a solid sense of self, a feeling of uniqueness in this huge sea of American pride, and even pressure. I was blessed with the opportunity to have lived with my family in Jamaica from ages four to seven […]

Shanice Stewart
When Fair Skin is UnFair Skin
I’m white. Fair skinned (or so society tells me). Very pale. And very, very privileged. I can stroll down the street or into a restaurant and be quite certain others will respond kindly toward me. I never fear or worry in the slightest about law enforcement. Magazines, movies, and newspapers are plastered with images of […] Riley Loftus
Close Encounters of the Cannibalistic Kind
The following accounts are true, and there is no fiction or hyperbole present. It may be hard to believe. It may be hard to understand. But, even though it’s been almost two years, I still remember everything as clear as if it were just yesterday. Before I begin my story, let me provide some context. […]

Adarsh Bindal
A Week in a War Zone
Imagine a country that is not only holy to Judaism, Christianity, and Islam, but is also in the middle of a war zone. Israel is at the crossroads of religion, culture, customs, war, and tradition. When I arrived in Israel in December 2014, it was only months after the country’s most recent conflict in the […]